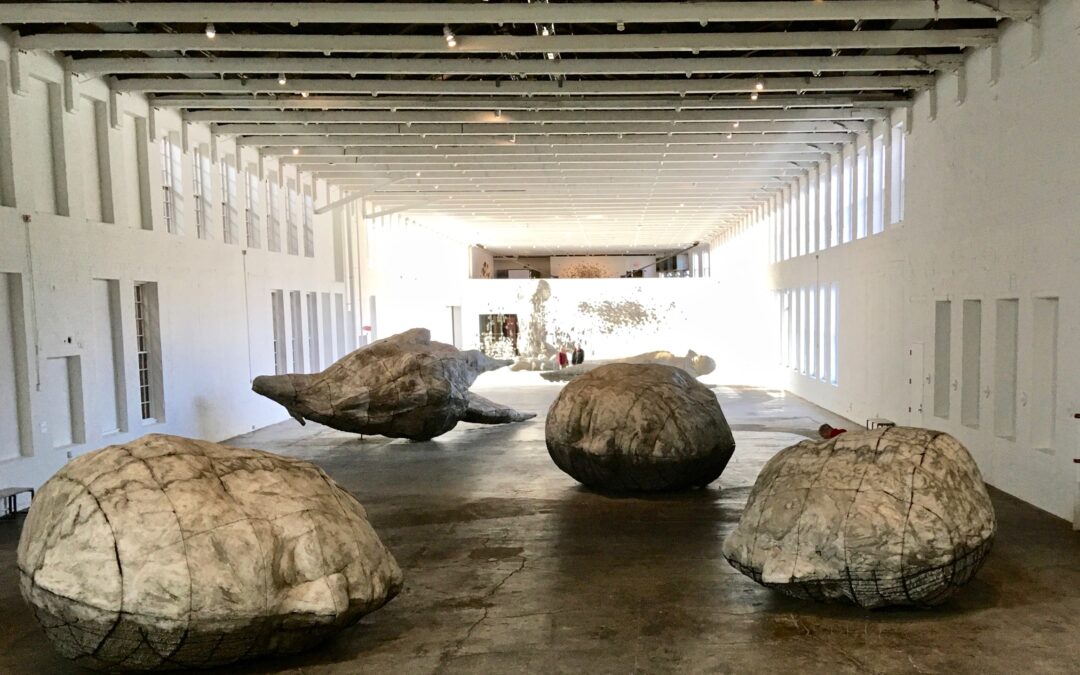 You’d think that Ledelle Moe’s monumental memorial to the murdered and the slain would be a real downer. But it isn’t.  As you descend the steps onto the exhibition floor in MASS MoCA’s biggest gallery, you’re confronted by three giant concrete heads lying on the concrete floor as if they’d just fallen from the guillotine.  Their section is relatively dark, But beyond them, sun streams through the room’s countless windows and the sculptures are so remarkable they cast a metaphoric brilliance of their own. Moe started making them in 2005 to commemorate vast numbers of victims of violence in this world. Curator Susan Cross in the museum’s brochure on the work says the South African sculptor was initially moved by the death of a young man massacred in Liberia and started collecting newspaper photos and stories about similar incidents.

“…Moe began giving solid form to the fleeting lives of these strangers as a way to acknowledge the weight and gravity of their deaths and the events that caused them, Cross writes. “The series’ three most recent heads from 2019 reference the spate of xenophobic attacks on immigrants who have moved to Moe’s home country of South Africa looking for work.” 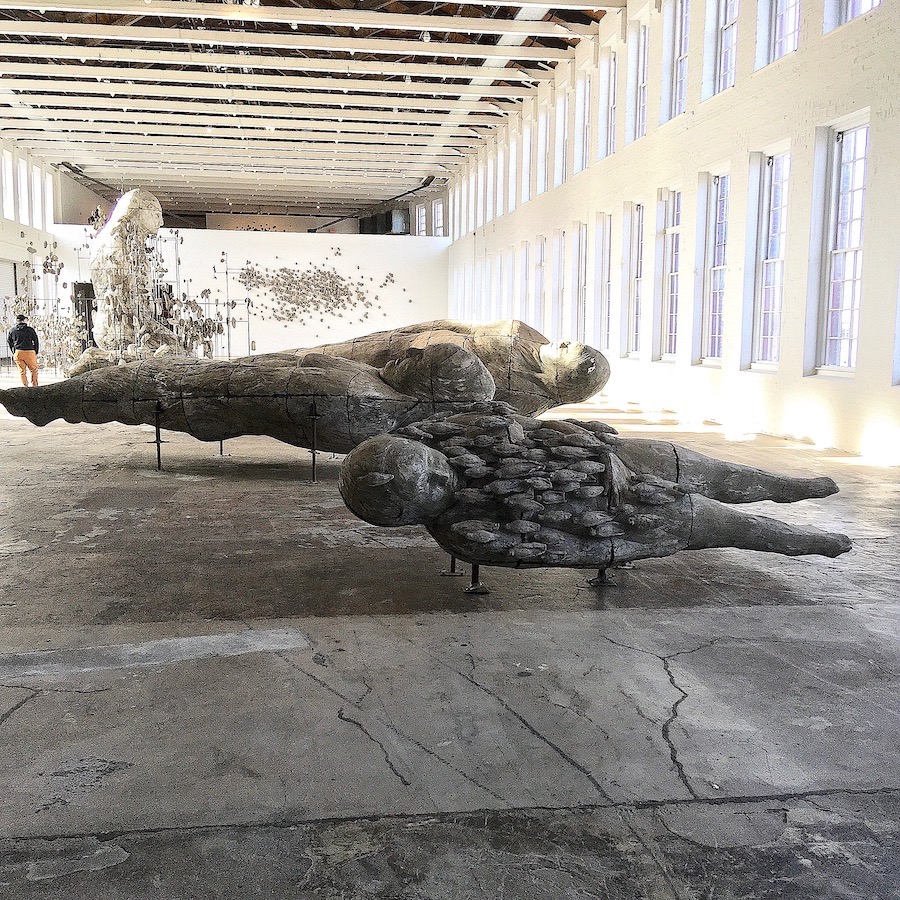 In Transitions/Displacements above float serenely above the floor, suggesting the effigies of the deceased that graced the sarcophagi of the noteworthy in the Middle Ages. Babbie, my wife, suggested the first could be a placeholder for Moe herself and the other two could stand-in for her mother and grandmother, who both died before she embarked on these memorials in 2012. The figure I’ve called Moe is warmed or guarded by a flock of pigeons. 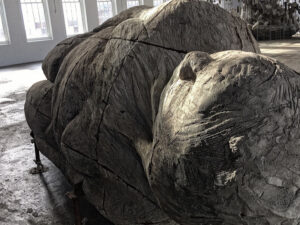 This is  one of the figures from Transitions/Displacements.from a different perspective. 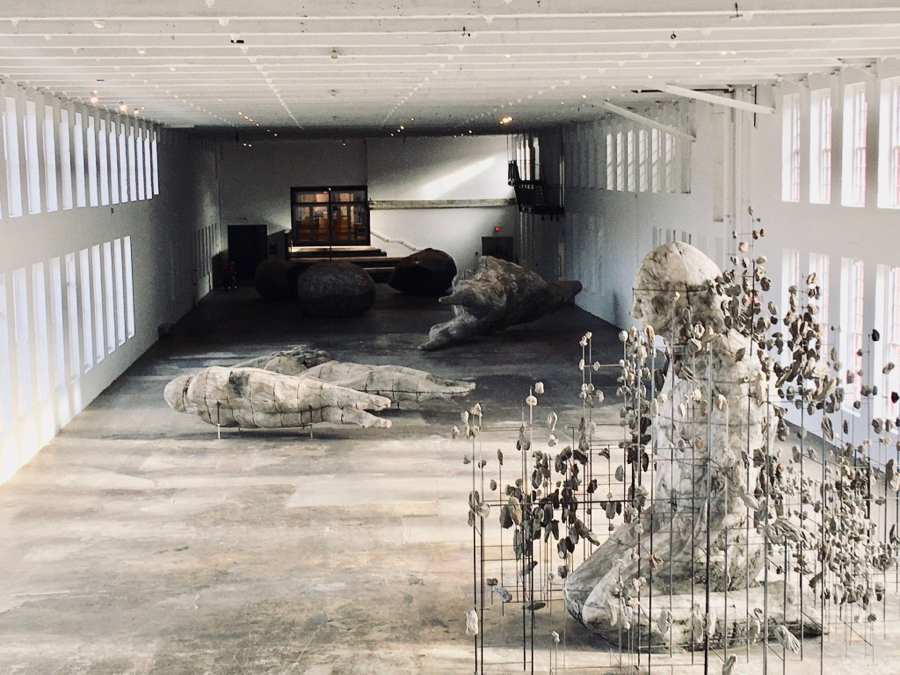 Now we get to the big one – the 18-feet high kneeling sculpture, Remain, surrounded by small pieces of cement supported on poles. I have no idea what they represent. The piece is supposed to be androgynous. But from the lovely profile I identify her as her. But in these days of self-identifying which restroom to use I may be borrowing trouble with the her. MoCA’s bathrooms are labeled by gender but with “self identified” added. The second photo of her was taken as she was reflected in the glass doors to the gallery. I can’t figure out why but her reflection seemed larger than it should be given the fact that the actual sculpture must have been 200 feet away from the door. 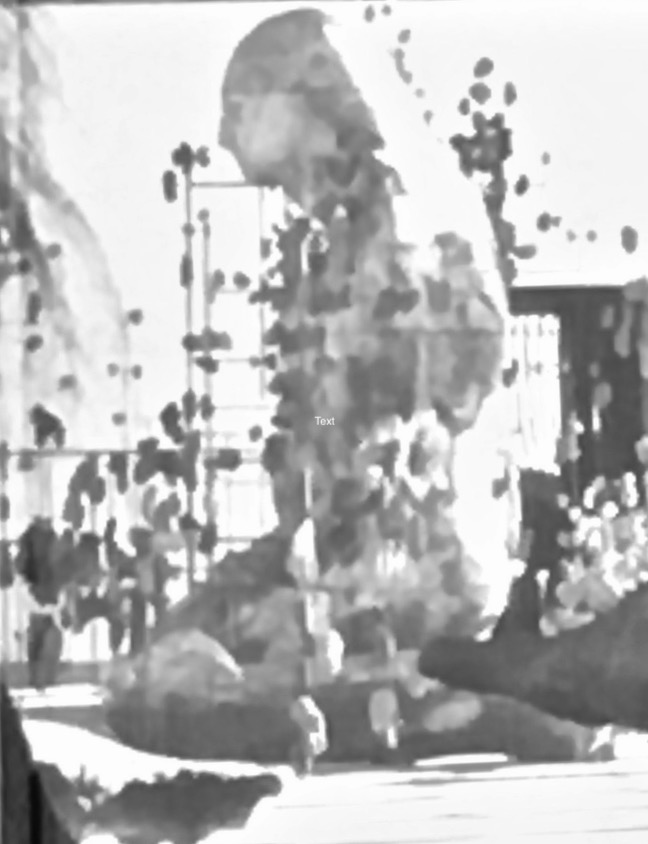 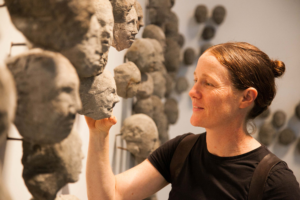 This is the sculptor with her piece Congregation in a photo from the New York Academy of Art. The photographer’s name is unavailable Moe heads the sculpture department at the University of Stellenbosch in South Africa. Much of her art schooling came in the United States. Her show, When, will be up through September 2020. at MASS MoCA in North Adams, Massachusetts.

Let’s talk about the making of these two-ton monsters. They are hollow, as shown in the photo above. The photo below illustrates what the interior looks like. Built in sections they are bolted together on site. The sections are formed of steel rods and wire mesh. Then a relatively thin coat of cement is applied with a shovel, among other implements. If they were solid concrete the Building 5 gallery’s floor would not be strong enough to support them. The pieces look like she had a team of workers to make them. That’s not the case

“I make all the work myself,” Moe, 49, said in a recent report on WBUR, Boston. “I bend the steel myself, I weld it, I apply the concrete myself. No one else makes these things for me. Grappling with scale on that level puts my body in proximity to the bodies where I’m almost a servant to the sculpture and I’m working on this thing and I need to climb on it and move around it and reach over it… I think there’s this part of making the work on a large scale that I love — being dwarfed by things.” 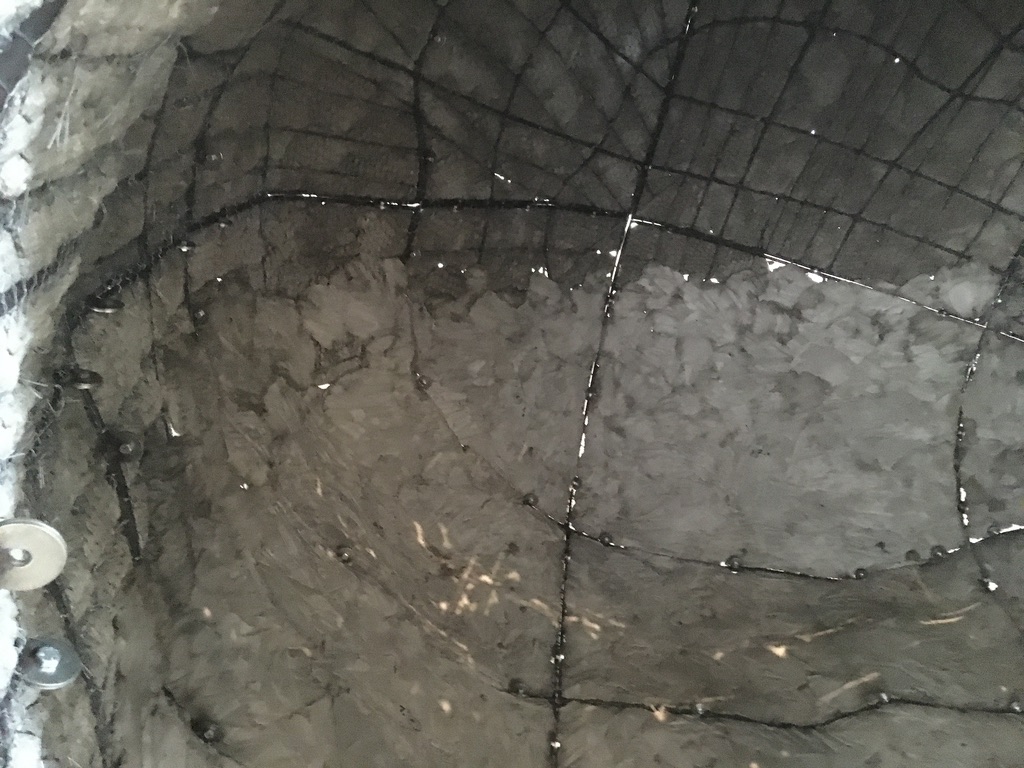 I have yet to see When on a cloudy day. I want to see if the exhibit takes on a cold cast with all that concrete.  There was only one sculpture in the show that I didn’t like. It is called Relief and if you look at the photo at the top of this post, Relief is the work just above and to the left of the third head. The catalog suggests it is a horse or dog on its back, it’s legs splayed out. It is not only awkward, as the catalog points out, but awful. It looks bloated and dead and I hate looking at it.

But that doesn’t spoil the show, which is the opposite of awful.