Me with My Models 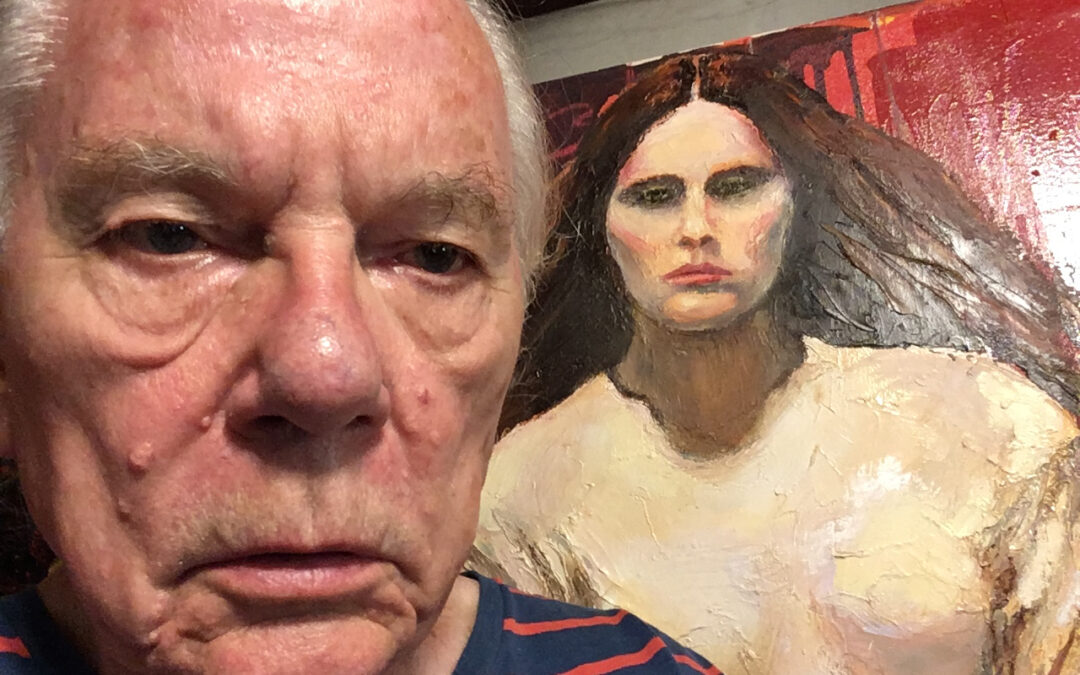 Taking a cue from the name of my blog, Portrait of the Artist as an Old Man,  I thought I’d show you portraits of the “old man” along with some of the Runway portraits he’s painted. I can’t remember this woman’s name sadly. I found this  photo of her (below) in a fashion shoot in The New York Times. I painted her, trying to keep her image close to that in the photo. She was painted on one of my Jeanne d’Arc paintings. I had so many – about 37 – I thought I could sacrifice it. Then I drew a grid in red China marker over the painting and over a blow-up  of the fashion photo. Using the grid as a guideline I sketched her in. (I’ll show you a photo of the sketching process later in the post.  Then I stenciled a very short story I wrote about a woman who had broken another woman’s nose in a fight over a dog. I overheard it at the Wassaic, New York, train station when I as I sat waiting for the next one to New York City. 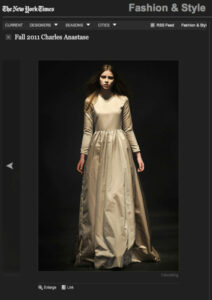 So here’s the page from the New York Times.The dress designer was Charles Anastase. I’m afraid I didn’t save the photographer’s name. Below is the finished painting, which I variously call The Haunting or The Haunted. 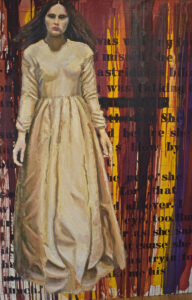 Let’s take a look at another selfie. I know it’s painful to look, but bear with me. 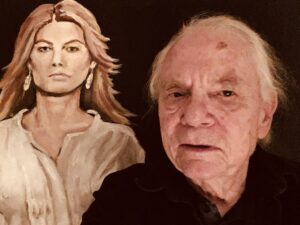 I call this one Girl in White or Woman in White. The second title came from my concern that “girl” would be seen as an insult to the model and to women in general. I had also considered using Whistler’s title “White Girl” but abandoned it because now it would probably be seen as racist too.One thing about the photo that fascinates me is that my face looks like it was painted instead of photographed.

Here is the sketch. I was using another Joan of Arc painting for this one. At this point most of the words that covered the canvas have been covered with black paint. I tried to make it look as though they had been erased from a blackboard. 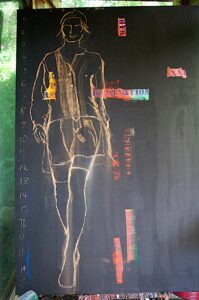 And here is the painting. 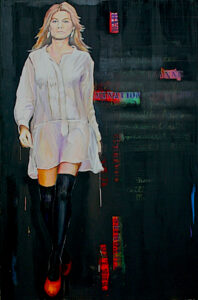 And as a bonus here is Whistler’s White Girl. 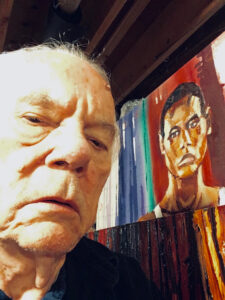 In the pantheon of selfies of artists with their paintings, this one inevitable ranks high. I base that on my supposition that few artists want to tarnish their reputations with selfies like these, 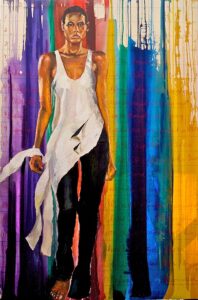 So here’s the painting and below is  the photo I used.to sketch the runway model on the canvas. To the best of my Knowledge it was also from the New York Times.

Hey, this was fun. I think I’ll do a post like this again – unless I get too many threats