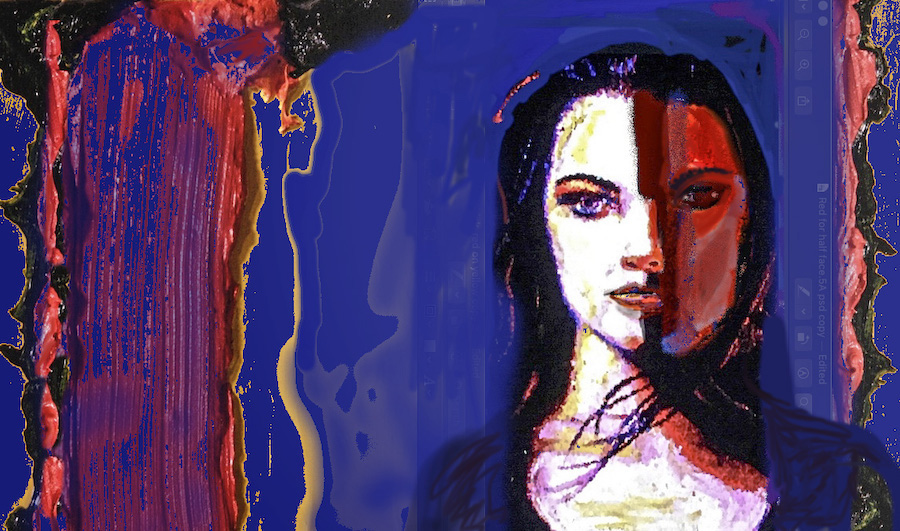 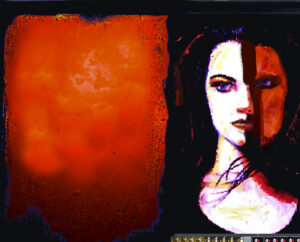 The faces I paint tend to be pretty conventional. It wasn’t that I didn’t like them. It’s just that I wanted to try something bolder. As my constant in this experiment, I used a painting I’d done in 2012 for my Scarlet Letter series loosely based on a photo of Kate Moss. Then I started messing around. The one above is one of my first efforts, although I’ve worked on it more last night. At the very top of this post is one I put together in the last couple days. These are photographs, not paintings. I use Aperture and Photoshop to combine photos I’ve taken. I’m calling them Combines – a term used by Robert Rauschenberg for his famous work of the 1950s that combined painting and sculptures. 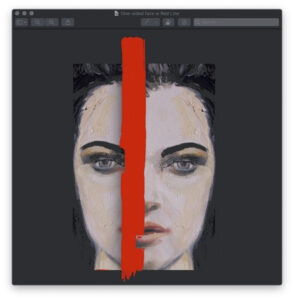 Here I gave Ms. Moss a new face by cutting a photo of the painting in half and using that half and a reversed version of that same half to piece together one of unusual symmetry. Then I used Photoshop to paint a red line through her face, splitting her lower lip in the process. 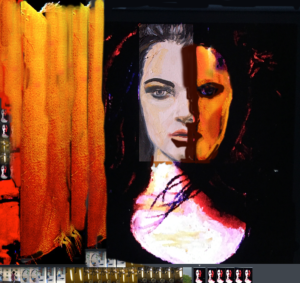 This is another early one, although I modified it last night. You can see I’ve been retaining some of the thumbnails that appear on Photos on my Mac to blend in some computer static. 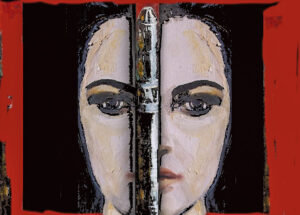 This is Bullet on the Brain created from the Moss painting and a detail from another painting. 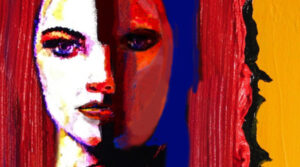 I came up with a new texture in this photo by combining her face with thick red slashes I had made on one of my late paintings.

If I ever print this one, it will obviously be long and narrow. Of course all of these, like most of the work on my pages, are for sale. And since these aren’t printed yet, you could get them in a wide variety of sizes. 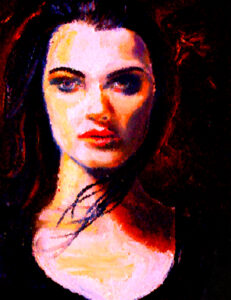 This is a modified version of the painting losely based on a photo of Kare Moss that these are all derived from. 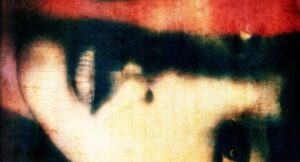 This beautiful painting by Peter Stickbury of New Zealand was my inspirartion. Stickbury, who is also know as Peter Allien, specializes in portraits of those abducted by aliens. I saw this work on  saatchiart.com. I couldn’t find any others like it at the New Zealand gallery that represents him.  So I’m off on another tangent. Where it leads I don’t know.